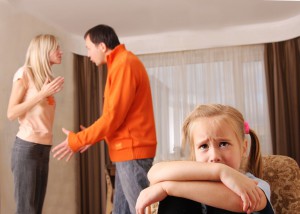 Conflict between separating couples is common. Unfortunately, in the stressed and conflicted environment that can accompany separation, one or both parties can become violent or abusive and action sometimes needs to be taken to obtain legal protection against violence.

Family violence (previously referred to as domestic violence) is a significant issue in many family law cases.

Issues of family violence are often relevant in disputes about children’s living arrangements. However, family violence can also impact upon the outcome of financial cases.

The legal meaning of “family violence” has changed significantly in recent years. As a result, family violence now includes many forms of behaviour, including making threats, damaging property, making derogatory taunts, and isolating a person from their family.

Throughout Australia, the law provides for orders to be made for the protection of people when there is cause for concern that they might be subjected to violence. These orders are generally referred to as Intervention Orders. In Victoria, most Intervention Orders are made under the Family Violence (Protection) Act 2008 (Vic) by the Magistrates Court of Victoria.

In Victoria, most applications for Intervention Orders are made by the person who is in need of protection. However, applications can also be made by Victoria Police. In certain circumstances, the police are also able to take action that will provide immediate protection without an order being made by the Court.

Depending upon the reasons for the application and the circumstances, the Court may make an Interim Intervention Order. Such an order is usually made before the other party (the respondent) is informed of the proceedings. The respondent will then be provided with copies of the Application and the Interim Intervention Order and will have an opportunity to respond when the case next comes before the Court.

A person who is the subject of an application for Intervention Order will have a number of options in terms of their response. They can agree to the Intervention Order (even if they dispute the reasons for the application being made) or contest the application. Sometimes a compromise can be agreed by the respondent giving an undertaking to avoid contact with the applicant instead of there being an order of the Court. In cases where the respondent has been subjected to family violence they might make a cross-application. In those circumstances, the Court will usually hear the competing applications together with one another.

The existence of an Intervention Order, the evidence given by the parties and any findings made by the Court in hearing an application can have a significant impact upon any other family law proceedings. It is important for parties to consider the broader implications of intervention order proceedings upon their position in family law disputes.

If a person believes that their safety is under immediate threat, they should contact police on 000.

Bayside Family Law Solutions has recently moved to 411 Hampton Street! However, under Covid-19 restrictions, the team are currently still working remotely. Follow us on our Social Media pages to be the first to know when our new office is open. We can’t wait to welcome you!